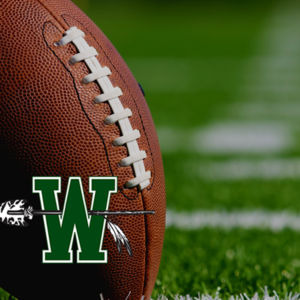 “I would like to thank Waxahachie ISD for the opportunity to serve as the head football coach for the past three years,” said Alexander. “It has been an awesome experience working with the young men, the coaching staff, teachers, administrators, and the community of Waxahachie. The support of the administration and staff has been overwhelmingly great.”

Alexander continued, “I believe the football program, as well as all the athletic programs at WISD, have made great strides in the past three years in adapting and competing at the 6A level. There has been a strong foundation laid for the football program, and I strongly believe the future is bright for the Indians. There is no place I know like Waxahachie, and I believe WISD is second to none. There are opportunities for me to continue to serve in this outstanding school district, and that is where my goals lie. I would like to thank the WISD administration and staff for their ongoing support. I will continue to be one of Waxahachie’s biggest fans and wish for continued success for the district and all programs.”

Coach Alexander recently wrapped up his third season as head coach with a trip to the 6A football playoffs. Alexander holds the distinction of being the first coach to take the Indians into 6A play, and his tenure as coach will be remembered for his team’s work ethic, positivity, and desire to succeed. Alexander will remain with Waxahachie ISD, transitioning to a position as a high school teacher.

“Coach Alexander is a great asset to Waxahachie ISD in any role, and we are grateful and excited that he will remain with the district in a position where he can continue to mentor and work with students,” said Dr. Bonny Cain, Waxahachie ISD superintendent.

Alexander, a Waxahachie native, has been with Waxahachie ISD for more than 20 years, and in that time, he has held several coaching positions and has taught at both the junior high and elementary levels.

Alexander was the first graduate of Waxahachie High School and Waxahachie native to be named head coach of the Indians varsity football team. Coach Alexander is a former Indians student athlete and an alum of Tarleton State University.

“Todd Alexander is an exceptional leader of young men, and I appreciate the enormous amount of time and energy he has devoted to his team and school community,” said Greg Reed, Waxahachie ISD athletic director. “Football is fickle, so I do not dwell on game outcomes only; instead, I remember the integrity he modeled and special moments like 42 senior players celebrating a historical 6A playoff berth by pouring Gatorade on his head. Coach Alexander is leaving the Waxahachie Indian football program with a solid foundation and a hunger for continued success.”

A search for the next Indians football head coach will begin immediately. Interested applicants may visit www.wisd.org for more information about the position.

Continuing our tradition of “Excellence in Education,” the mission of the Waxahachie Independent School District is to develop, through a cooperative effort with the home and community, well-educated, responsible citizens who can excel in a complex world.